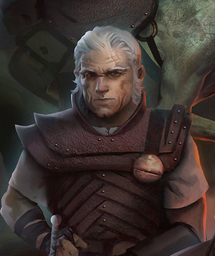 Watch Commander Harkins, after previously promising a crackdown on crime, has delivered by taking Saidan Boromar into custody. He is being charged as the head of the Boromar Crime family, whom he alleges has been involved in everything from drug running, prostitution, extortion, to smuggling, and is now sitting in captivity waiting for trial.

“With the recent fires in the docks, we followed the clues which led us to none other than Saidan Boromar. Eyewitnesses saw him present before the latest fire, and he ordered his men to torch the warehouse over a territory dispute” said Garrett Harkins. “He was not happy with House Kundarks refusal to smuggle dangerous substances in from Talenta, and decided to send a message of destruction.”

Harkins credits the City Council with untying his hands. Boromar had been protected by the blackmail they had over the city council, but they have had enough and finally decided to take down the Halfling crime lord. Thurik Davandi, council member from Upper Menthis, made a statement that “It is long past time for change, and to make Breland great again.”

Notorious council member Ilyra Boromar, daughter of Saidan, refused to comment on this developing story. But other council members are not being so silent. Maza Thadian, the outspoken Elf from Upper Northedge, came out and said they are looking into Ilyra’s status and pushing for an election to replace her as representative of Lower Dura.

One thing is for certain, with the greatest crime threat in the city removed, Brelend has nowhere to go but up. We are certainly all working to make Breland great again!