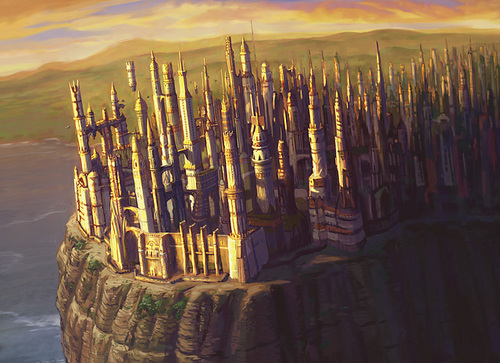 At a fundraising event this week for council member Dalaina Ironhand, current Watch Commander Garrett Harkins gave a speech congratulating her on running a strict program in her district, urging others to follow suit. He stressed her no-nonsense take on crime has led to an increase in happiness of all its inhabitants, and that if other districts would focus on punishing criminals in the same manner, Sharn could grow to even greater heights.

“Unfortunately, the City Council has been used to shelter those whom it is intended to prosecute,” he said. “With the support of the Council, we are now ready to move ahead with our next initiative: Crackdown and Decimation of all Criminals in our city.”

He claims to have identified some key players, and says that going after these kingpins will cause the underlying organizations to crumple under their own weight. While he did not name any organization specifically, this reporter thinks the implications are pretty clear: he intends to put the Boromar Clan into his sights.

We reached out to councilmember Ilyra Boromar for comment, but were refused our request. No doubt she is shaking in her boots, as her ties to the Boromar crime family, and her openly putting their interests ahead of her district, have been one of the worst kept secrets for anybody following politics in the city. Will she be among those arrested?

In this writers opinion, this is long overdue. The time of the Boromar is a relic of the past that the city needs to shed, as it moves forward into the future. We need to focus on making Breland strong first, and having such influence in the city tied to Talenta is a threat to our safety.