Sharn Inquisitive: Fire in the Docks 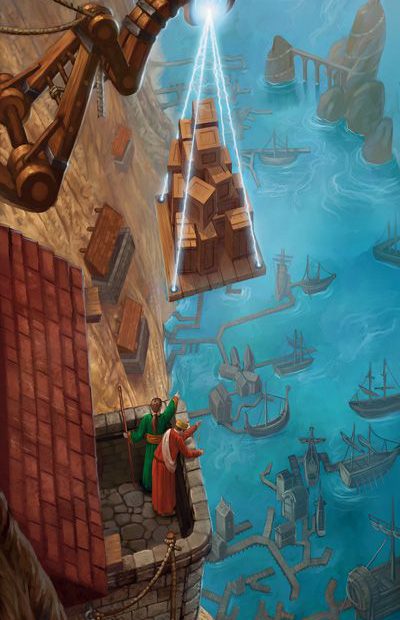 Sources from Cliffside have told this reporter of multiple structure fires over recent weeks, all targeting House Kundark storage facilities in the district. City Watch confirms that 3 warehouses have been found burning, but so far is unwilling to speak to the cause of the fires. In the last fire, 3 bodies were pulled out of the wreckage, and we can confirm two were halflings and one was a goblin. We have yet been unable to identify their names, or if they worked at the facility.

One anonymous source told The Inquisitive the fire is the latest in a three way turf war, as street gangs work to take control of the territory away from House Kundark. Recent weeks have seen an increase in reported crimes and homicides in Dura, but again City Watch refuses to make a statement.

“The matters are under investigation.” a representative from house Kundark told us. “So far we have no reason to suspect this is due to gang violence, and appear to just be normal accidents due to the volatile nature of the cargo. We will share more information when we have it.”

Shortly after the fire, a nearby building neighbors referred to as a “drug den” was destroyed by a loud explosion, leaving investigators looking for those whom caused it. City Watch commander Harkins stressed that he will be devoting all his resources to solving the case.

“It is time we bring the streets back to the people, and send a message to these Criminals whom prey on its citizens. You know who you are. We are coming.”

However, we at The Inquisitive are not convinced. When will the watch step up and do something about this violence on the streets? Talk is cheap. Until we see results, keep your eyes and ears open, and send tips to The Inquisitive for us to look into.