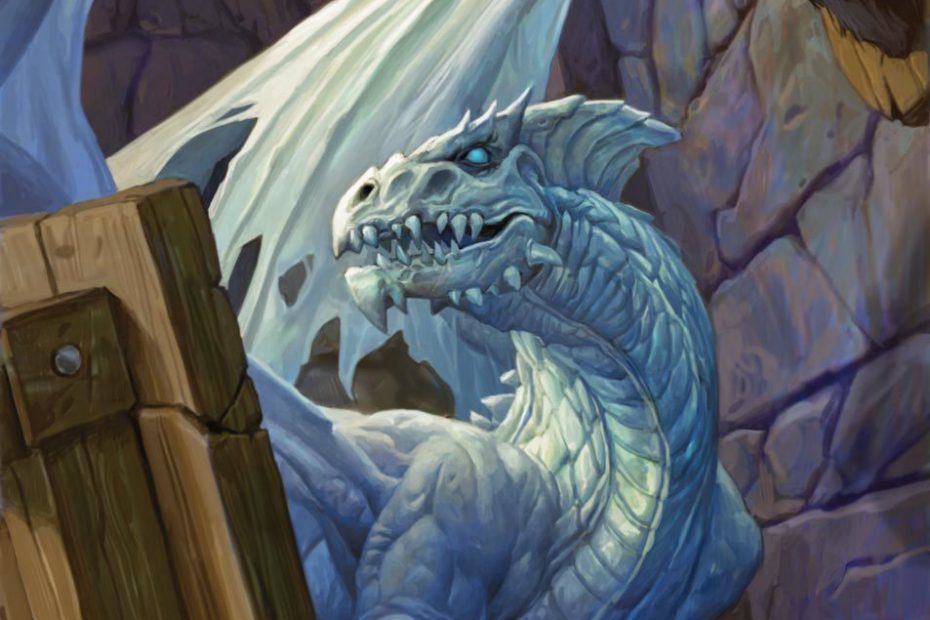 In the depths of a long forgotten fortress sunken deep below the surface, a team of Federation adventurers explored its halls by flickering torchlight, searching for the team of lost adventurer’s that Fell had quested them to find.

Instead, our heroes happened upon an entirely different discovery. Guarding its very own modest horde, behind the crumbling ruin of a dining table, hissed in defiance a white dragon wyrmling.

First attempts at contact, resulted in Tart, the Bard being frozen to the bone as Calcryx heaved a mighty breath upon him as he attempted a loving embrace.

The team tried a different tactic. They lured the fearsome beast with strips of dried meat, of which Calcryx devoured most voraciously, as it was underfed and hungry.

A telepathic ping from Fell, flickers through all of our heroes’ minds. “I see you’ve found something quite interesting there” he mused, “why not send it on back…I’ll handle it from there…”

A small portal coalesced in the adventurer’s midst, a sort of warbling and shimmering gateway, on which the familiar parlor could be seen on the opposite end. As before, the strip of meat was tossed, and Calcryx could not help itself from chasing after the delicious morsel even after it tumbled through the portal.

With a faint *pop*, the portal vanished, and Fell was silent. What happened to Calcryx, only Fell now knows. But it is certain, that a dragon proves a mighty and formidable asset.

Special Commendations are hereby awarded to the following Federation Adventurer’s for the successful capture of a white dragon wyrmling.

The Federation recognizes these heroes for their outstanding courage and ingenuity.