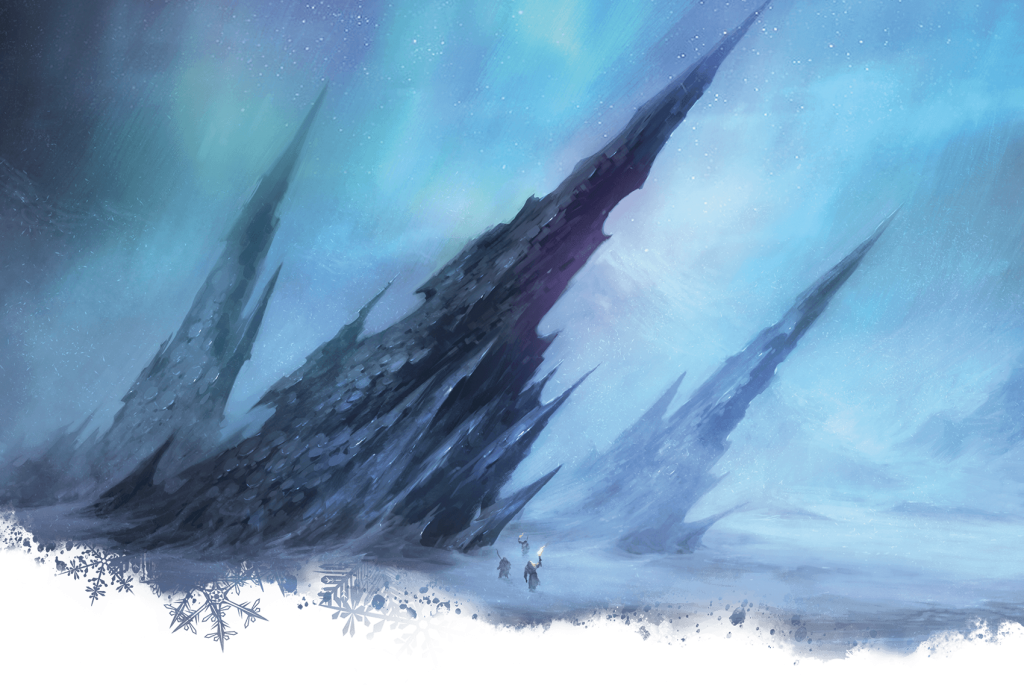 The Salsvault Trail: You almost die of dysentery.

Soon after the attack the captain sees a storm brewing ahead. He consults with his crew and determines it’s a wild magic storm and the ship should skirt around it, which will cause a delay in their arrival. Captain Frostbeard questions Jackdaw in private.

The following day, Akoako meets a curious dwarf that he has never seen, they have a conversation, mostly Akoako regaling his life in the military. Varth, the dwarf seems very interested and soon departs.

Nothing else eventful happens for the remainder of the day.

The following day, Varth pays a visit to Haldinoor. They too strike up a conversation with Varth teaching Hal how to read the ancient Aeorean language. An interesting sight is seen on this day. Off in the distance, the Captain spies a cadre of storm giants chanting ceremoniously. The Captain tells the party they have nothing to fear as the giants are trying to keep the wild magic storm at bay. The Captain tells the party that they should hit shore the following morning.

Next morning they do hit shore, before the boat docks, the odd dwarf makes another appearance in front of the captain this time. The dwarf admits to being a stowaway and requests an audience. The Captain obliges, though wearily. After a short conversation with the party, Aithorn decides to see what the dwarf is up to. He goes to the Captain’s quarters and sees only the Captain. Bosek tells Aithorn not to worry as it was a good omen.

As the group arrives in Syrinlya they are greeted by Morgo Delwur, she shows the characters around and lets them have Bertron’s yurt as Bertron was eaten by saber-toothed tiger. The party finds supplies and has a place to stay. They question Orvo Mustave and he marks the general location of the lab that he and Urgon found the vials, about a hundred miles away and to look for ice mephits as they are attracted to the magics of the lab. He also warns the party of the animated armors within. The party then visits “The Buyer” who assures them that the antidote can be transported safely and quickly to Palebank should the party find it.

The party decides to make haste and leave for the lab the same day. Over the next few days the party travels to the Thin Sheets. They have an encounter with a seemingly wounded animal, however they decide to skirt around it and leave the animal to its fate.

The group finds the lab after searching an extra two days, Halidoor is able to read the sign above the door, Salsvault. The party enters and after an encounter with the animated armors and a few zombies, they continue to search the lab for the cure.